HEALING THE
DIVIDE WITHIN
A COMMUNITY

In the late 1960’s a significant community in Southwest Detroit, Mexicantown, was abruptly interrupted by the introduction of two interstate highways which split the vibrant immigrant neighborhood. In 1998, Michigan Department of Transportation unveiled a proposal for a new multi-million dollar highway interchange expansion, the Ambassador Bridge Gateway Project, which would encompass the complete transformation of the busiest international border crossing in North America. In an effort to mitigate further divide, the Federal Highway Administration sponsored an international design competition for a new pedestrian bridge aiming to reconnect the Mexicantown community.

In direct response, the Bagley Avenue Pedestrian Bridge, was designed to act as a mediator between community and city. It provides a street level experience and maintains a delicate balance between integrating into the existing neighborhoods and transforming the surrounding public space. By providing accessible pedestrian crossing, including at-grade landings and routes that do not require using stairs, the urban parks at either end of the bridge return public space back to the citizens of the community. They also provide spaces to admire and reflect on several regional and community landmarks. 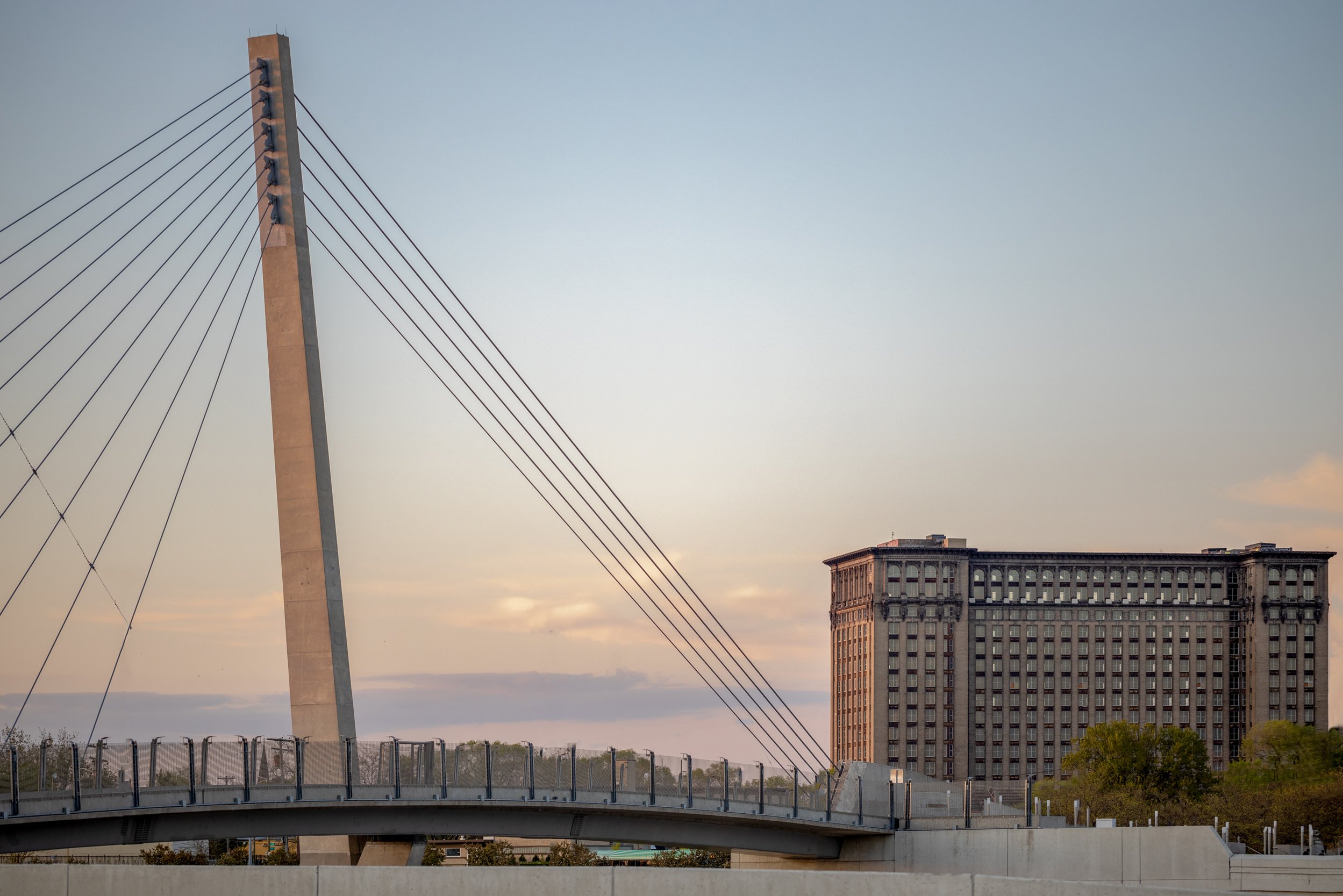 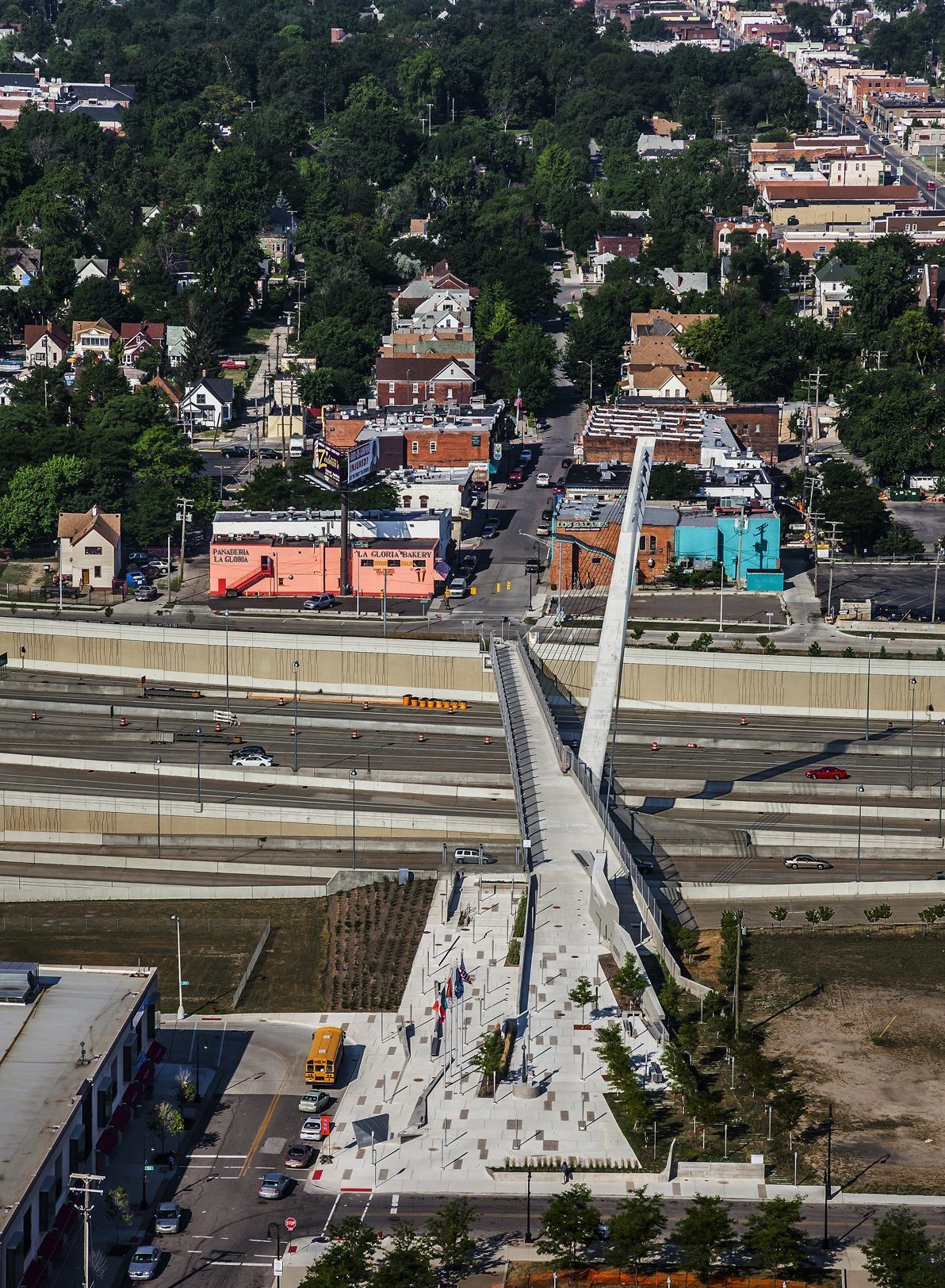 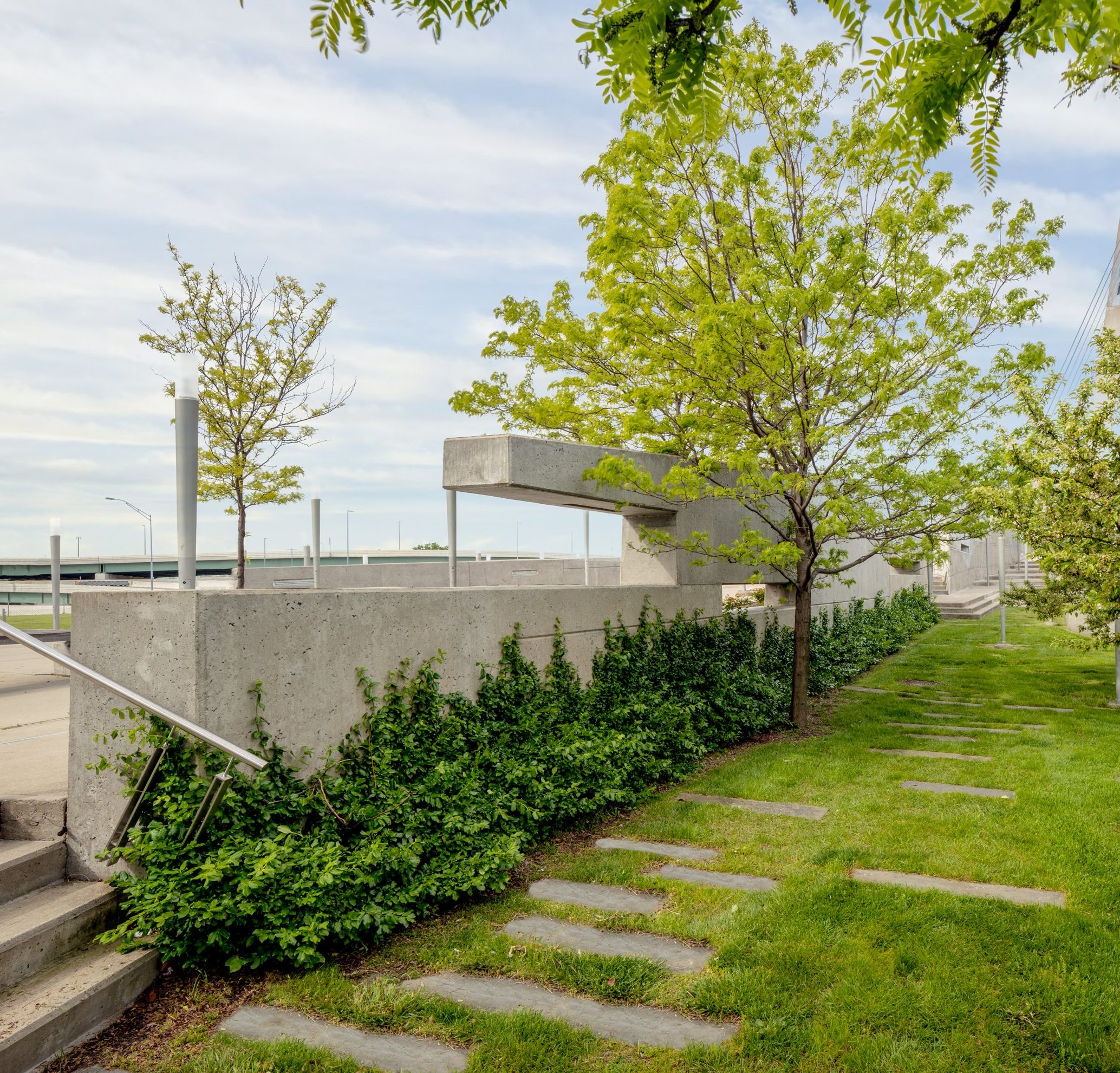 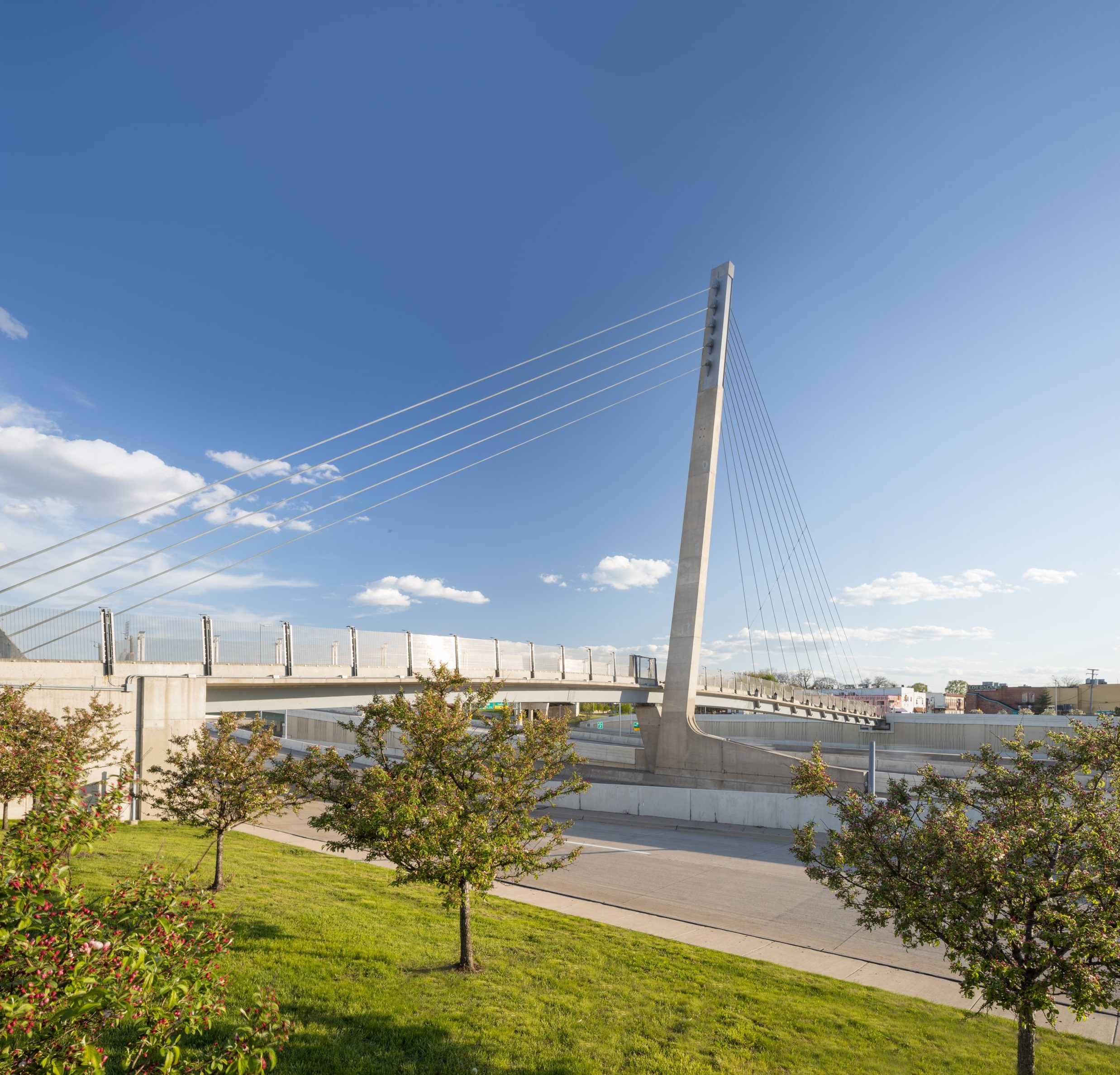 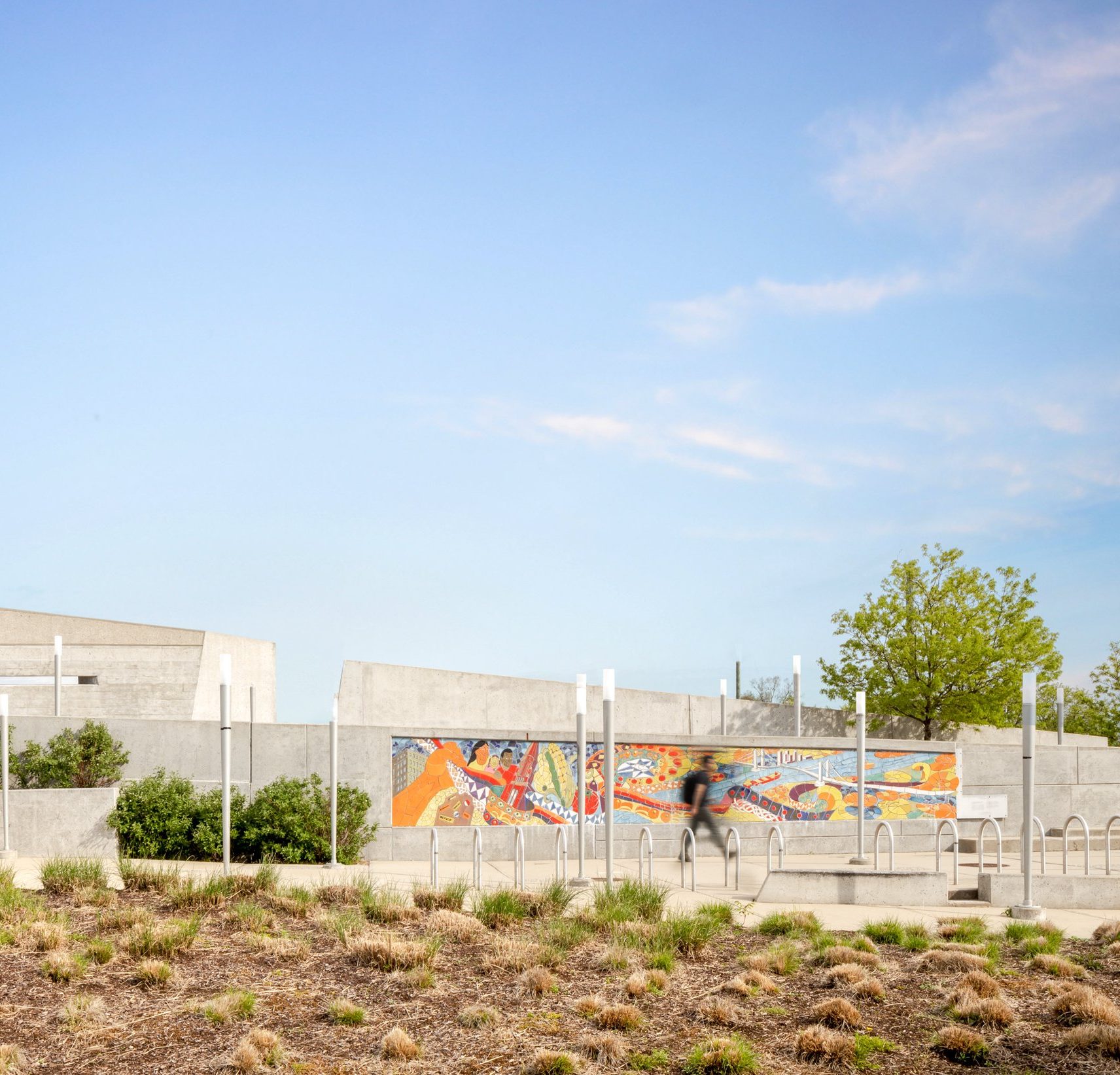 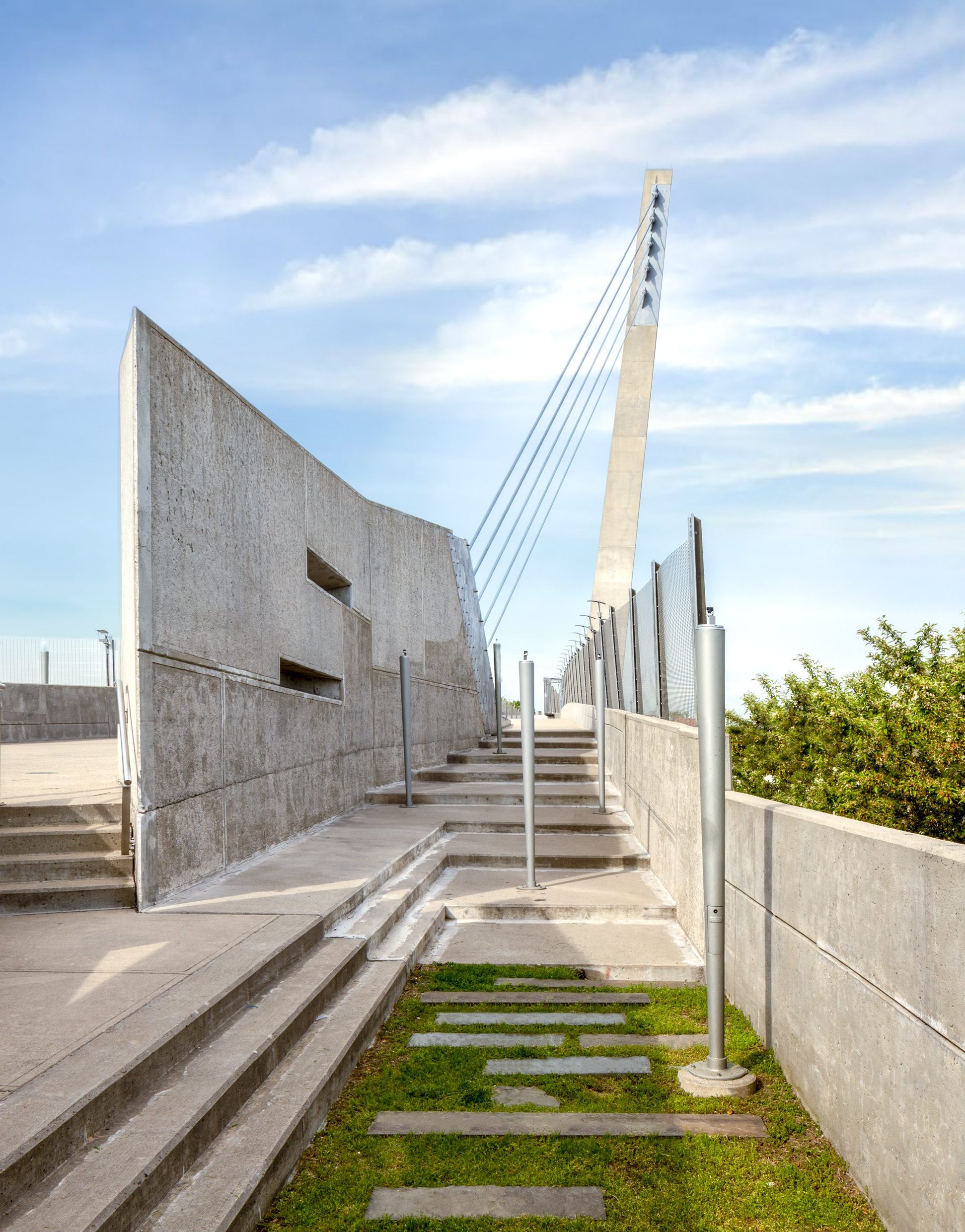 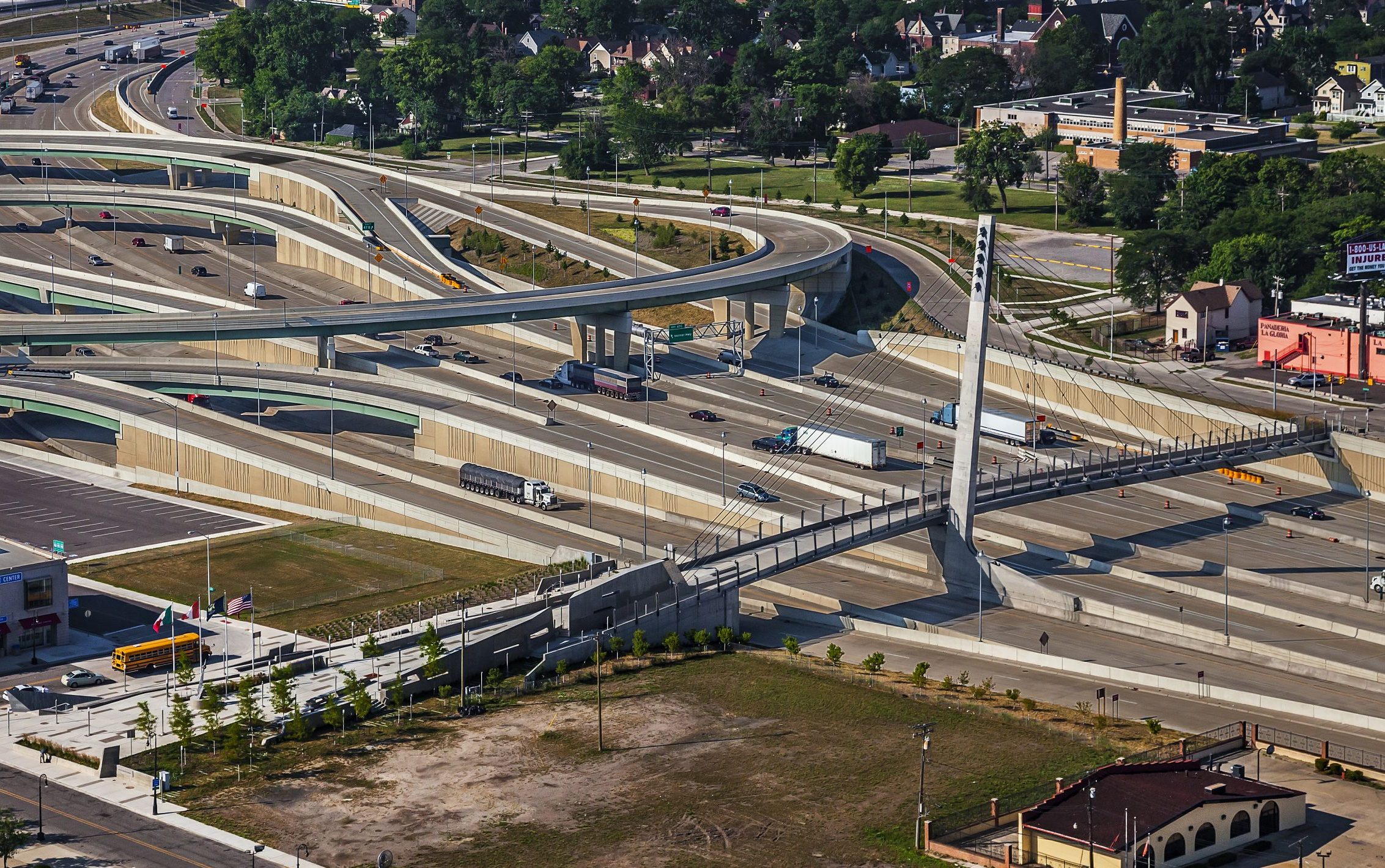