The new Van Leesten Memorial Bridge reworks abandoned freeway infrastructure (I-195) to connect five prominent neighborhoods and institutions within the city. Acting as a pedestrian center, the bridge not only performs as a practical connector between all regions, but also offers multiple programmatic interventions to encourage community connection and social engagement among city residents. The project captures a potential much larger than that of a pure connector. It leverages integrated program elements to serve as a mediator between urban and ecological spaces, allowing east and west to become a singular public space.

In addition to establishing a visual symbol of renewal, the Van Leesten Memorial Bridge also provides access to over 40 acres of prime waterfront real estate that was freed up when interstate I-195 was relocated. So while the history of the area will remain embedded in the bridge’s foundations, this new gateway will connect the site to the rest of the city, giving it a new lease of life for future generations. 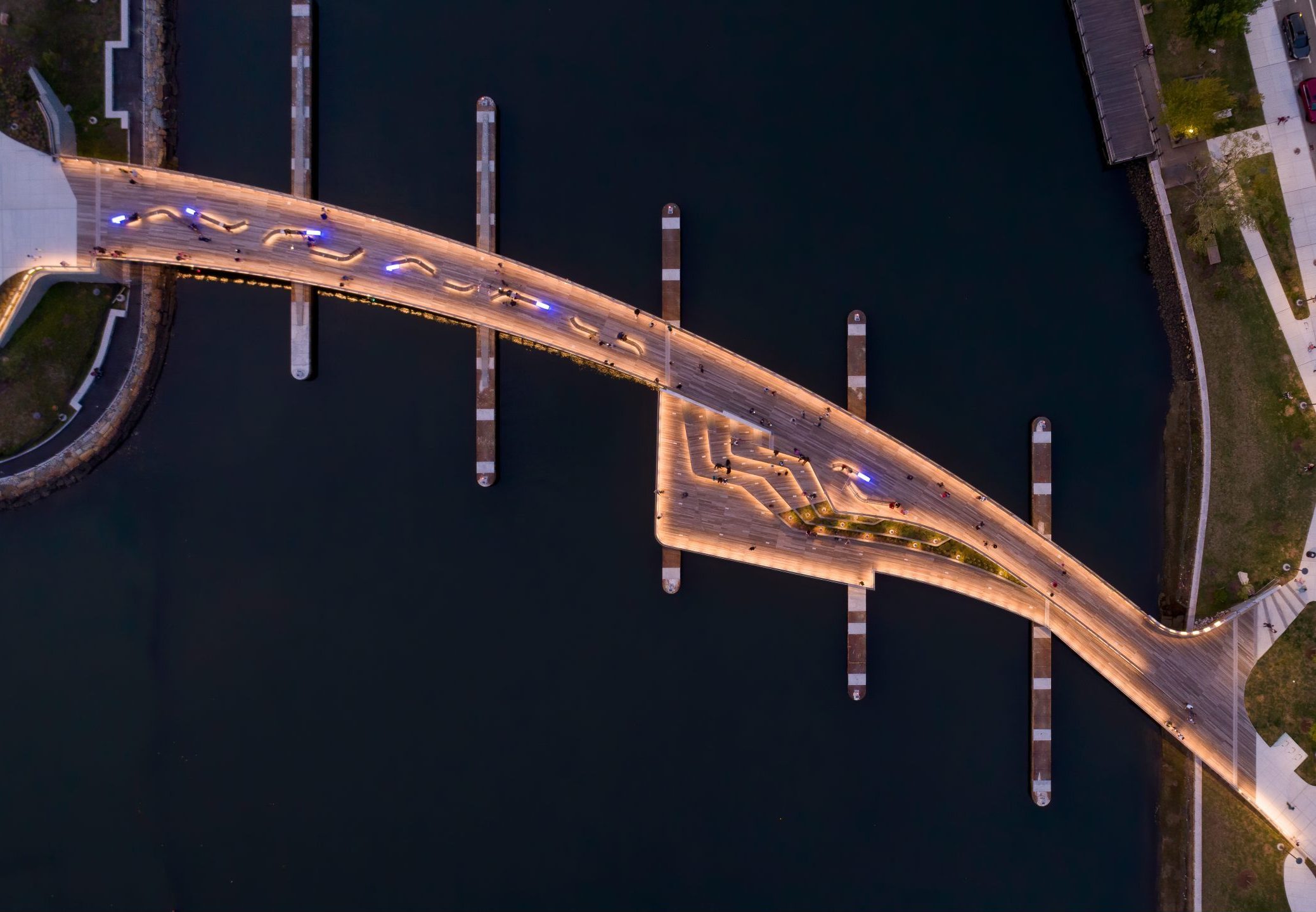 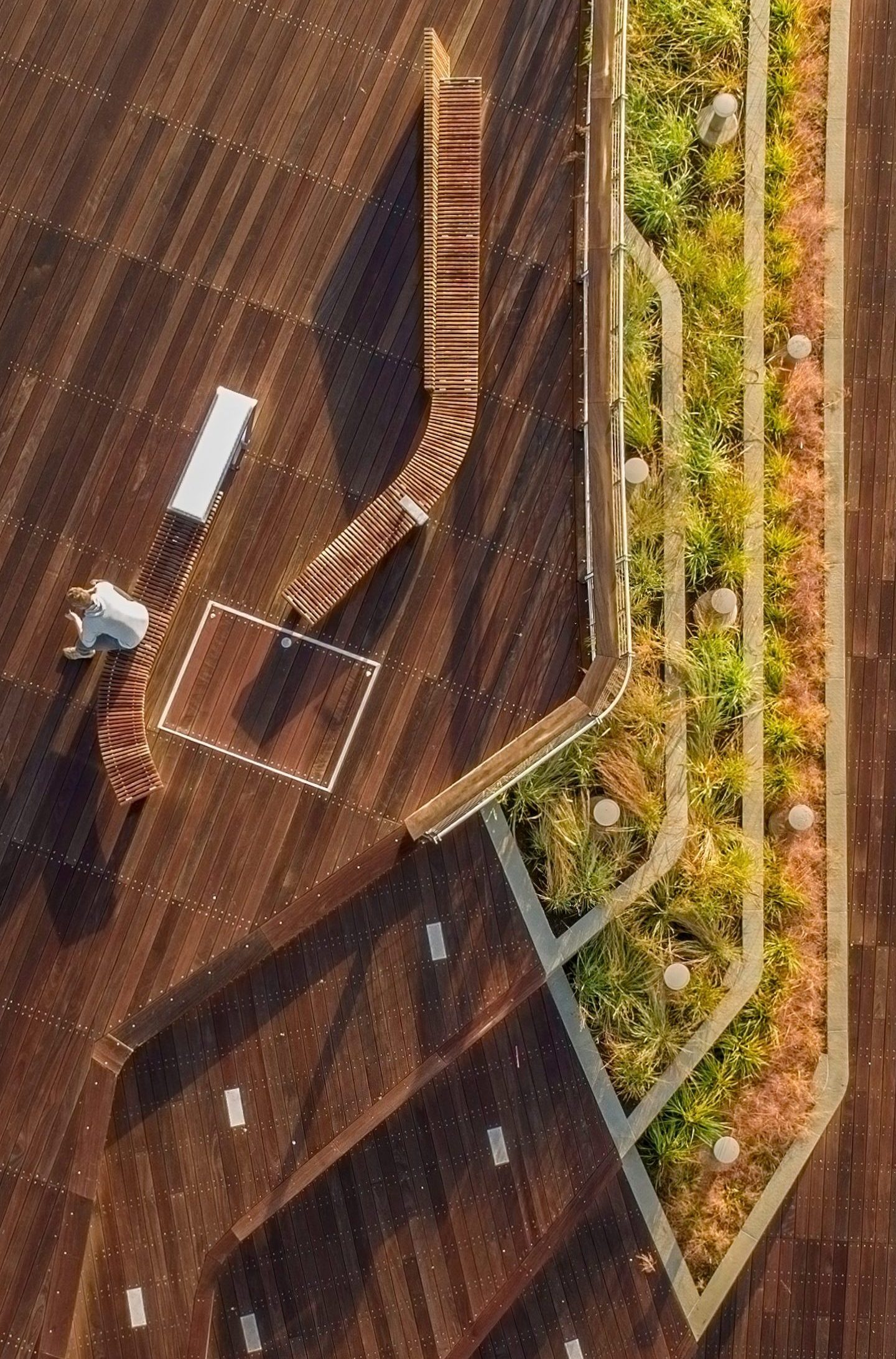 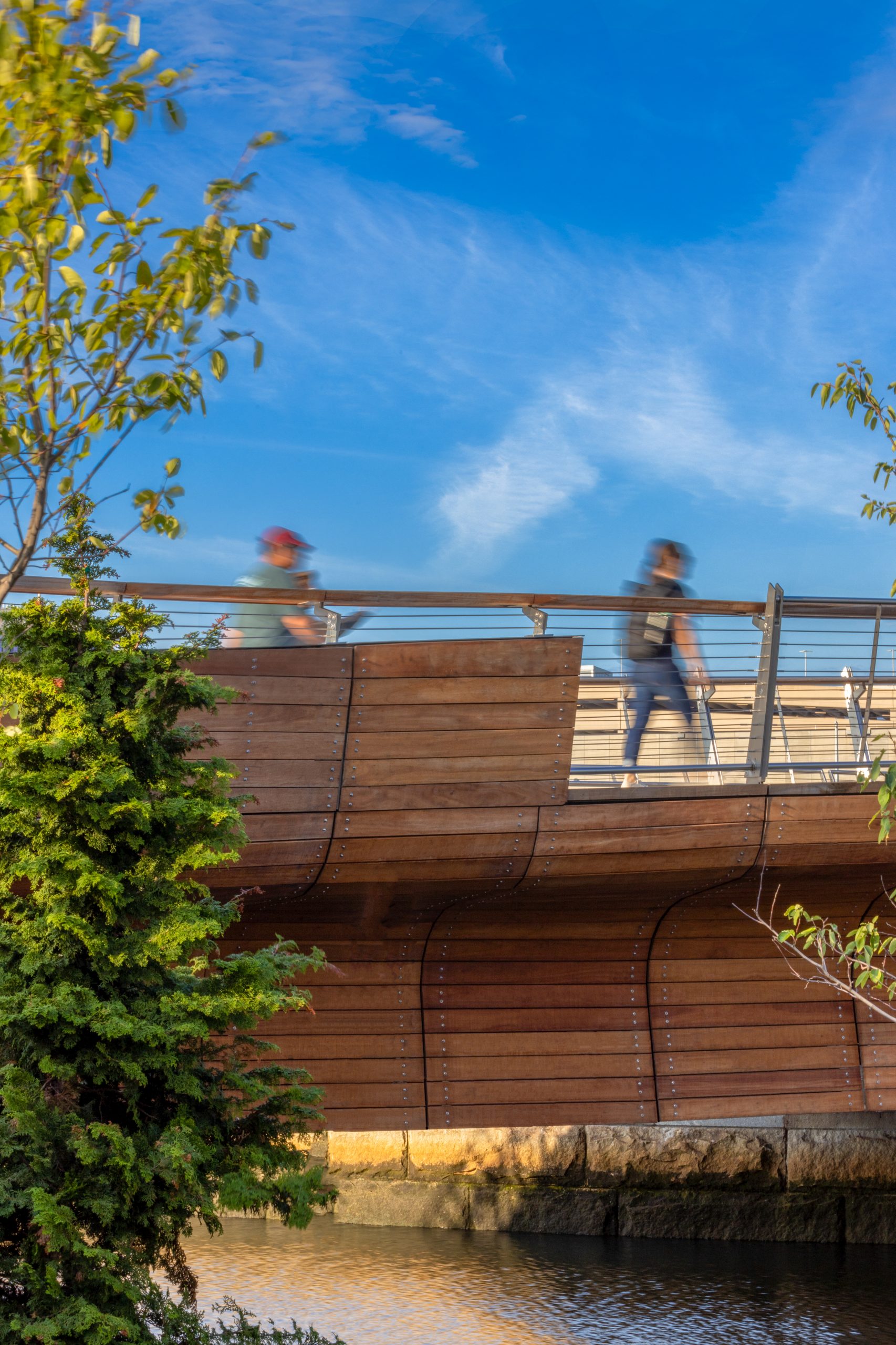 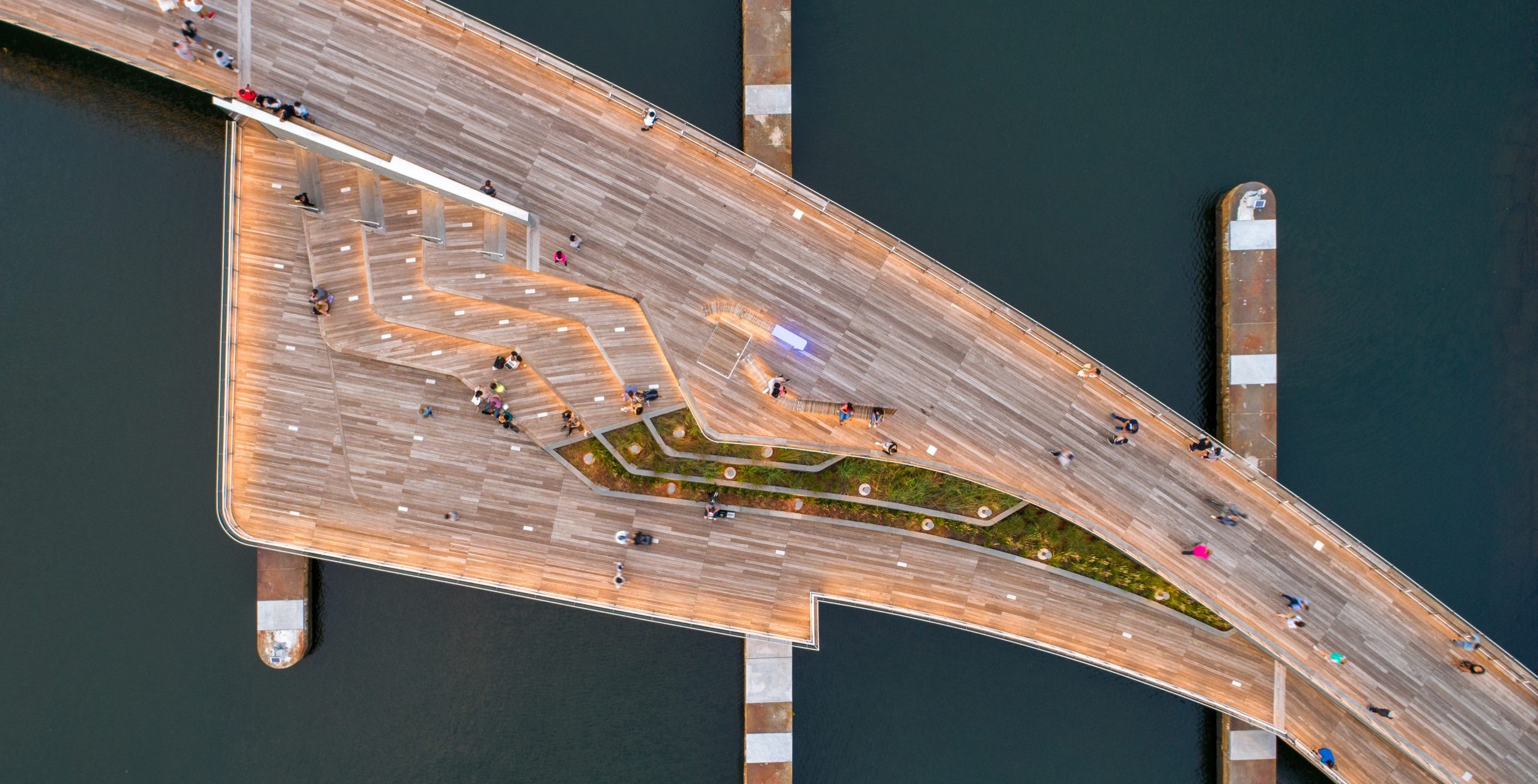 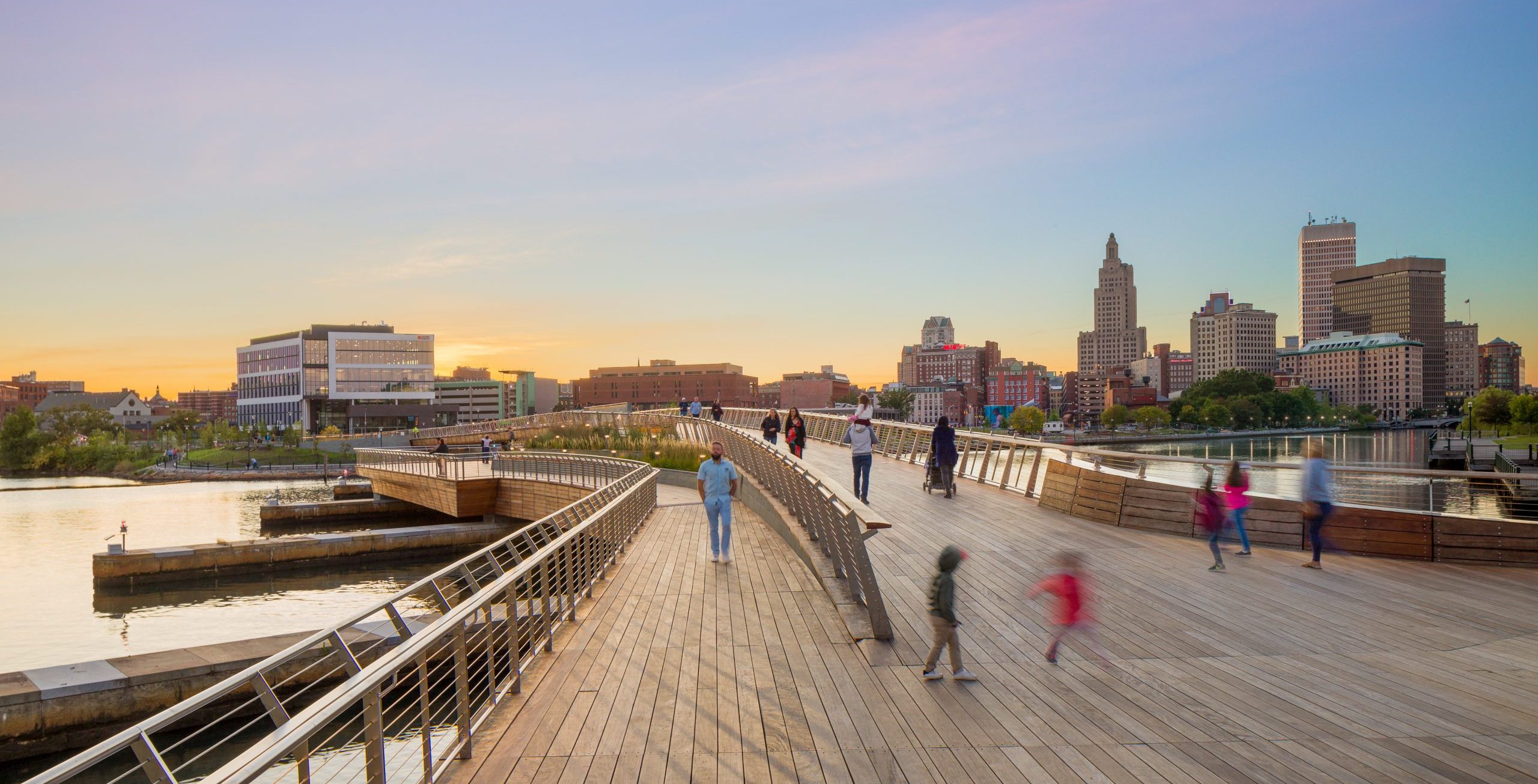 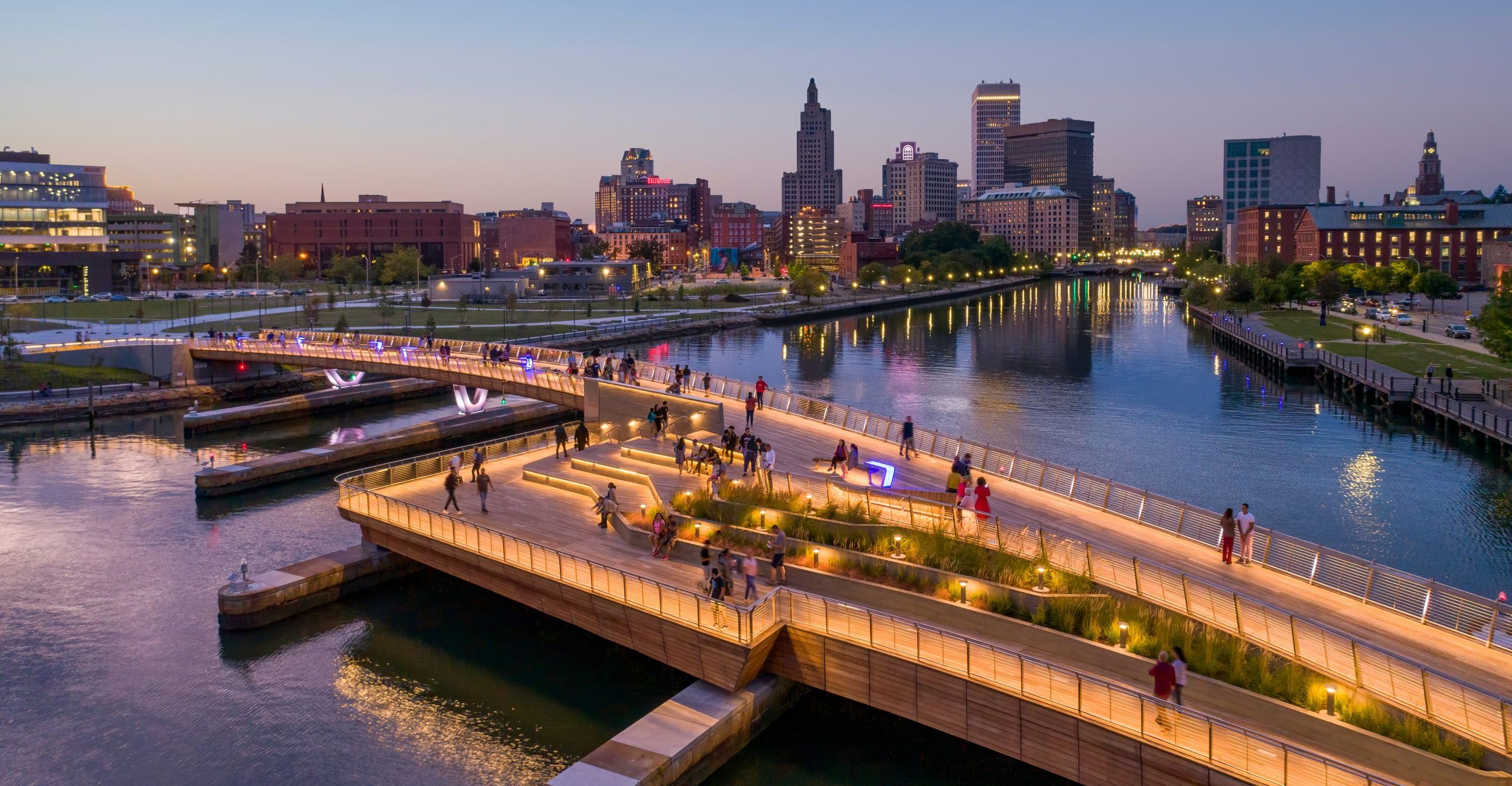